This year’s Cape Town WordCamp was another great learning and networking opportunity for the LightSpeed Team. Ashley, Iggie, Warwick, Anton and Joe headed down to the River Club in Observatory for informative talks, interesting workshops, great food and an obligatory display of complete lack of golf-skills…

We’ll start off the blog post with a rundown of the talks we attended in which we learned the most.

Matty Cohen, the WooCommerce Product Lead at Automattic, opened up the talks on day 1 with a presentation called “Selling anything online, with WooCommerce”. The talk focused on how to start selling online with WooCommerce, and how to apply the tips and tricks used by major online retailers to automate an online store.
While we won’t cover all the ins and outs of the WooCommerce set-up that Matt ran the group through, what we will say is what Matt told us about the effort WooCommerce is making to being all the most important features into the setup wizard, making sure that new users are at no point left in the dark as to what to do next in the WooCommerce setup.  From downloading, installing and activating the plugin to setting up a product in the space of 15 minutes, Matt showed the group how ridiculously easy it can be to set up an eCommerce store with WooCommerce.

Another talk that was very helpful for the non-developers at LightSpeed was the talk by Dwain Maralack entitled Building blocks of development: the process of identifying, reporting and fixing bugs.
Dwain covered how to identify and report bugs in GitHub. He used a forked version of the well-known “Coming Soon” plugin as an example that he had inserted his own bugs into in order for the attendees to try and identify them ourselves.
After a short focus session where the group bug tested the plugin, he showed the group how to identify the lines of code that the issues reside in, how to log into GitHub and submit a pull request, and also how to fork code for ourselves to make our own changes to a plugin that isn’t working as it is intended or how we would like it to, and finally how to submit a merge request.
We also attended a talk by Job Thomas, A WordPress education leader form Belgium who tought us how to customize a few essential elements using some basic CSS, as well as a brief (and, for some, scary) introduction into PHP and creating a child theme to hook new functions and content into a website.

On the Friday we really enjoyed the talk by Caitlin Gevers on how she built her company, AdvantageLearn.com, as a non developer using WordPress and Sensei. As a non developer it was an interesting talk with regards to Business Strategy and how they structured their use of courses with Sensei, a plugin we’ve used on a few of our own sites (such as NaturopathicCE)  to offer online learning.

All in all it was another successful Cape Town WordCamp where we had the chance to learn, network, and share with the Cape Town WordPress community.

The idea of organising the WordPress Agency Meetup started in Sevilla, Spain while I was attending WordCamp Europe. Enter the Cape Town WordPress Meetup!

The LightSpeed Team is very proud to announce that this year we will once again be hosting WordCamp Cape Town 2012. 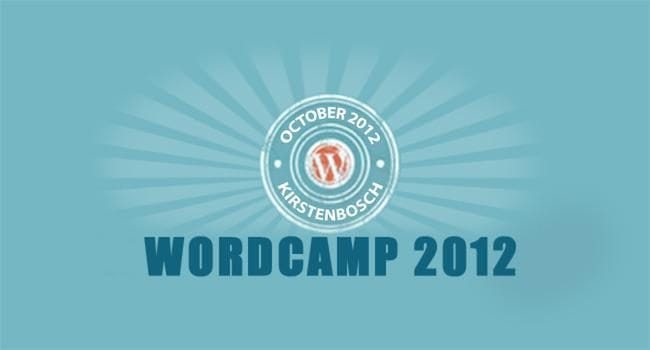 February 2014 marks LightSpeed's 11th anniversary. LightSpeed started out in 2003 as a computer and network support company and was reimagined as a specialist WordPress development studio in 2007. Let’s take a look at what LightSpeed has been up to in the last decade and a bit. Our website The…