LightSpeed Development are proud to announce that version 1.5.0 of our LSX theme is now live on WordPress.org – you can download it here. We’re thrilled that there are currently 400+ active installs of the theme, and there have been many more downloads over the past few months since it was launched on WordPress.org. 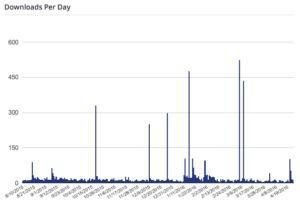 With the release of WordPress 4.5.0 came the inclusion of logos for themes, a feature that has long been supported through Jetpack. For those who are still using this functionality through Jetpack and through the WordPress core, LSX now allows for backwards-compatibility with Jetpack site logo.

The way sass files and minification worked used Node and Bower to download packages but we’ve now removed Bower and rely only on packages from Node. Readme.md documentation has been updated accordingly.

Fixed the Display of the Breadcrumbs

Prior to the release of LSX 1.5.0, it had an issue where images in blog posts would only display at full width, often getting distorted as a result. This has now ben fixed, allowing images to be displayed at any desired size.

The H2 title in the footer area was causing layout issues and we found ourselves removing it using custom CSS more often that not, so it has now rather been styled to be hidden.

Added in support for the following plugins, with their own stylesheets:

View the gallery below of some of the new stylesheets. 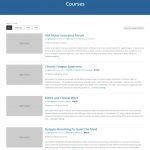 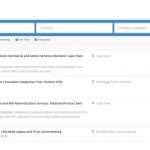 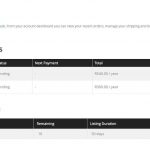 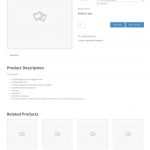 LightSpeed is proud to announce that the latest version of our WordPress theme, LSX, has been updated to version 1.2.5. Found out more about the new LSX.

LightSpeed is proud to announce that LSX, our WordPress theme, is now updated to version 1.3.0 and is available on GitHub and WordPress. Read on to learn about the new features and improvements that you’ll find in this update.

LSX theme and LSX extension plugins have received a number of updates and new releases on WordPress.org.

LSX Blocks has been release on WordPress.org today. At LightSpeed we love the new Gutenberg block editor, and we’ve built the LSX Blocks to work with our Gutenberg ready LSX Theme.

Today LightSpeed released version 2.5.0 of our LSX theme. Focus was on speed optimisation and structured data for this release. Speed Optimisation Updates LightSpeed’s WordPress LSX theme has been updated for speed optimisation.  With mobile forming the majority of web users these days speed is key for keeping the customer…