Why was Matt Mullenweg in Cape Town? A year ago Matt agreed to do a mentor-ship with Unreasonable at Sea. They do work with young start-ups  traveling around the world aboard a cruise ship. It just so happened that his schedule allowed for boarding at our waterfront and Matt was able to meet the local WordPress community for a chat. This post paraphrases everything we learned from that Meetup.

The first thing he mentioned was a top secret plugin project a small group of developers are working on called MP6. You are NOT SUPPOSED TO USE IT! If you clicked the link, the horrible rainbow colors and disgusting font choices are deliberate, supposed to scare you away from installing it. Ordinarily it would, but what was the first thing I did when I got home? The plugin simplifies the WP backend, streamlines some of the functionality and uses new school design practices in CSS3 and vectors that essentially “flatten” the WP Backend, although Matt is hesitant to use that buzz word. It’s pinned to become the next generation WordPress interface that is friendlier to new users (not that it ever wasn’t) and reestablishes personality. As Matt noted, it’s possible that some of the original quirky things about WordPress might have been lost in the core over the years and that some of that back is coming back, “sort of like Hello Dolly had survived.” 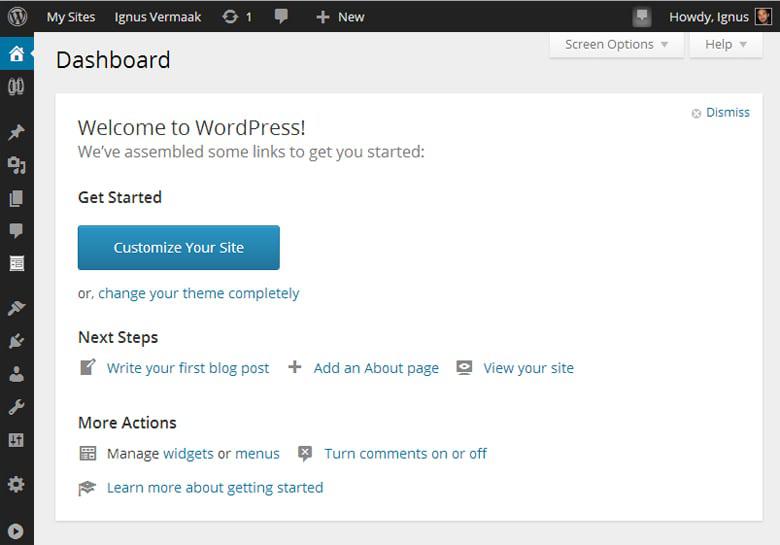 The advent of MP6 certainly excites the local UX contingent and brought about questions aimed at themeing the WP backend. With good reason, It’s not something WordPress has themselves ever welcomed. As Matt pointed out, part of the power of WP is the ubiquity of its interface. Today there are university courses that cover WordPress, due to the widespread use of the CMS platform. WordPress is constantly seeking to improve and the new media library is a good example, but backward compatibility would almost certainly have made that impossible if the lowest common denominator of versions had to be supported, because everyone ran their own theme dependent on it. According to Matt, their focus is to keep the interface as intuitive as possible for as many people as possible.
If you wanted you could argue that WordPress sites tend to look a bit samey. Themes for WordPress do tend to follow a specific set of standards that are very well established where layouts are concerned. People might require different layouts that don’t particularly conform to web conventions and find WordPress too limiting in that respect. Is there room for more drag and drop layouts? According to Matt, this is and should be entirely theme dependent. The best thing WordPress can do is continue to add more theme support through hooks and filters and talented theme designers will make WordPress sites look and function much more like web apps. From another perspective, the job of WordPress has always been to make you look better than you actually are. “The problem with a WYSIWIG is that it gives you enough rope to hang yourself”, Matt quipps. Restrictions can be a good thing.

They said is was dead a few years ago, but there certainly are many new networks working in and around blogging. SVBTLE, Medium and of course Tumblr are a few examples. Each have their own unique edge over the other and WordPress has the benefit of the world’s creators who specialise in longer form content, but what makes WordPress especially important is it’s open source culture. For Matt, “whatever the fabric of the web, it needs to be open source, the independent web needs that”, and maybe this quality can serve to  establish WordPress as the “Esperanto of the web.” There’s a definite desire to vastly improve the way that you interact with WordPress and ultimately the way that you write and read. Ideas like, “closing the loop between reading and writing”, or  “making WordPress blogs less of an island”, were the original inspiration for the JetPack API. Similarly, the WordPress Reader that’s nothing like Google Reader (may it rest in peace) is also succeeding in closing that gap and taking off in double digit figures every month and is integrated into the WordPress Mobile App. Research has shown that people who use the Reader are 40 times more likely to comment or share a post. 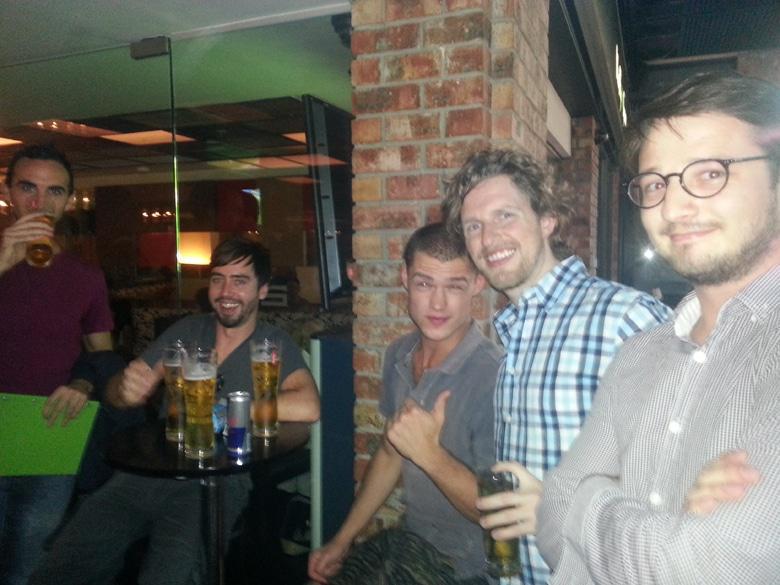 Automattic recently bought Simplenote, their proprietary API comes with a syncing engine that is mobile targeted and allows things like reconciling multiple offline/online edits. Open sourcing that technology hopes to bring new possibilities into WordPress. Currently even simple things like a post to WordPress button are difficult to achieve, because WordPress runs across so many web hosts that each have to support WP.com and XML-RPC. A next generation JSON/REST API for WordPress is definitely on the cards and achievable through JetPack and WP.com, allowing more fluent interaction with any WordPress or JetPack enabled blog. Beyond that, next generation blog management like that offered by ManageWP plugin could possibly be incorporated straight into WordPress. In general, the WordPress core development team are slowly but surely moving their way down the dashboard menu and making improvements with each new release. Matt mentioned finally getting to changes in WordPress MuliSite too, maybe version 3.7 – 3.8 will feature more intuitive domain mapping, an interface spruce up, and make it harder to do dangerous things.

In Cape Town, this was a great get together of people who to some extend have made WordPress an important part of their lives. To be able to meet Matt and learn more about it from his unique perspective was an invaluable opportunity that we are all immensely grateful for. Thank you to him, but also, the Cape Town WordPress community, for your active passion that you represented on the day.  Here are a few comments people who were there made.

@feedmymedia thanks so much for arranging the great dinner with @photomatt

Beyond stoked I get to meet #WordPress founder Matt Mullenweg (@photomatt) tomorrow – thanks to @feedmymedia for making it all possible!

@feedmymedia thanks so much for arranging the great dinner with @photomatt

2019 has been a very exciting and fast-paced year for the LightSpeed team. We continued to fine-tune our remote-working communication techniques; allowing our team to work from anywhere in the world. We welcomed our second Venezuelen developer, José, to the team. In May, we flew Virginia and José to Cape… 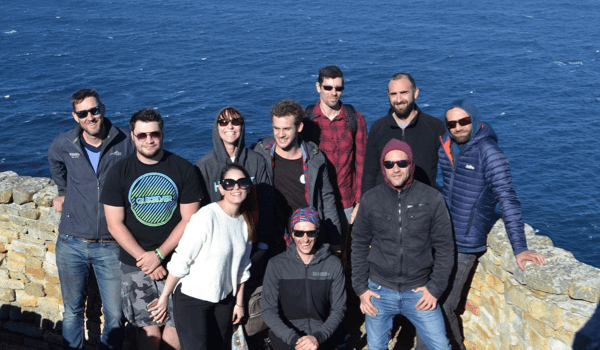 LightSpeed are listed as experts in the fields of eCommerce, Email Strategy and Training, and we’ve been asked to join the Mailchimp Experts Directory.